Are you listening? Or are you a member of cancel culture?

Over the last week I have experienced something in conversation that we often see on social media-cancel culture. It’s not the first time this has happened, but it is happening more frequently among people I call friends. And it is not a phenomenon of those of just one particular political persuasion.

I was driving across town during the terrible riots at our U.S. Capitol last week and on the phone with a long time friend. She was explaining to me how President Trump was responsible for the violent attack. I listened politely to her remonstrations for some time and then tried to enter the conversation. But before I could get more than half a sentence out she interrupted and said to me: “I don’t want to listen, I won’t listen to you.” She didn’t even know what I was going to say.

Later last week in a similar conversation with another friend, who is of the opposite political team of the person I mentioned above, he also cut into my response saying to me: “I’m not going to listen to any other opinion. Again, he had no idea what my response was going to be.

A third long time friend from out of state, who I hadn’t heard from for a long time, called me over the weekend. We had a pleasant conversation catching up on how our families and friends are doing. But then she switched to a long, loud, opinionated political diatribe. When she finally wound down and I began to respond, she frankly told me she was done listening to anyone with other views. She then decided it was time to end the conversation and hang up.

These are examples of what is wrong in our country right now. We can complain all day about our national elected officials, but it is our own conduct that is reflected in the words and actions of those officials.

If you have shut down a conversation like my friends did, you are part of the problem. If you are unwilling to respectfully listen to opinions different from your own, you are part of the problem. If you are tired of the ‘cancel culture’, but cancel conversations with some of your friends, the problem starts with you. If you block social media friends who reasonably post rational opinions different from yours, you are adding to the discord in our country. If you cheer on the cancel culture, it is only a matter of time until you are on the cancelled side of that culture.

Those three friends I mention above are all people I admire and respect. I still do. But their willingness to cancel me is disrespectful, ill-considered, and dishonest. They don’t even know if I agreed with them, or not.

Make your reasoned arguments with passion, but allow others to do likewise, and give them the respect inherent in listening, really listening. Listening is becoming a lost art and virtue. We often seem so hell bent on making our rhetorical points that we bully those we want to persuade. Then we interrupt, shut down, or ignore them when they venture to respond. At best we end up talking past each other. That is no way win people over, let alone make or keep friends.

This behavior is exhausting to both those doing the cancelling, and those who are victims in the encounter. As time goes on many of us end up not engaging in any political discussion just to avoid being bullied. Others arrogantly and condescendingly keep hammering away at anyone with opposing views thinking that they are “winning.”

Politely granting others the right and honor to respond to what you have to say is just and fair. We all need to practice that on a regular basis, and get good at it. Only then will we move past this cancel culture mentality.

We can learn from each other. But only if we are willing to listen. 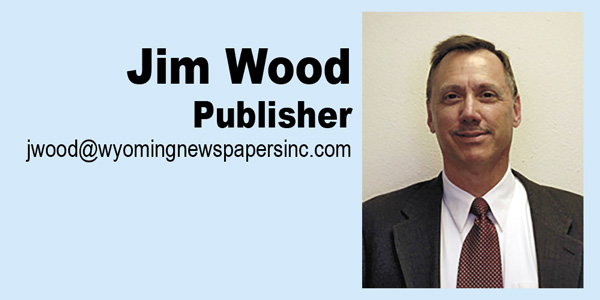 Why don’t we trust the U. S. electorate?