Throughout history there have been four versions of the Minuteman, the IA, IB, II and III. The Multiple Independently targeted Reentry Vehicle (MIRV) Minuteman III missile replaced the single-warhead Minuteman I and II models across six bases in the heart of our nation’s homeland. This transition started at Minot AFB in 1970 where the older missiles were taken out of the silos as part of a larger modification program to convert the 91st Strategic Missile Wing to the first Minuteman III wing in the nation.

The new Minuteman III represented the ultimate ICBM capability available in the field of ballistic war missiles at the time. The Minot Daily News described the Minuteman III as, “standing 59 feet and 3 inches in height, weighs 76,000 pounds and can travel at a speed in excess of 15,000 miles per hour. Should the ‘balloon go up’ and the nation be forced to defend itself in an all-out nuclear conflict, the buried Minot missiles could be unleashed and be on their way to targets within a half-minute interval.”

The Minuteman III ICBM still stands as the backbone of our nation’s nuclear deterrence. These missiles are the most responsive leg of the nuclear triad, always ready and can be launched within minutes.

When it was deployed in 1970 it only had a planned ten-year service life, but through a series of much needed life extension programs, the Minuteman III has remained viable for fifty years and is expected to remain in service until the 2030s, when it will be replaced by the Ground Based Strategic Deterrent weapon system currently under development at Hill AFB. This makes the Minuteman III the oldest deployed strategic ballistic missile in the world. 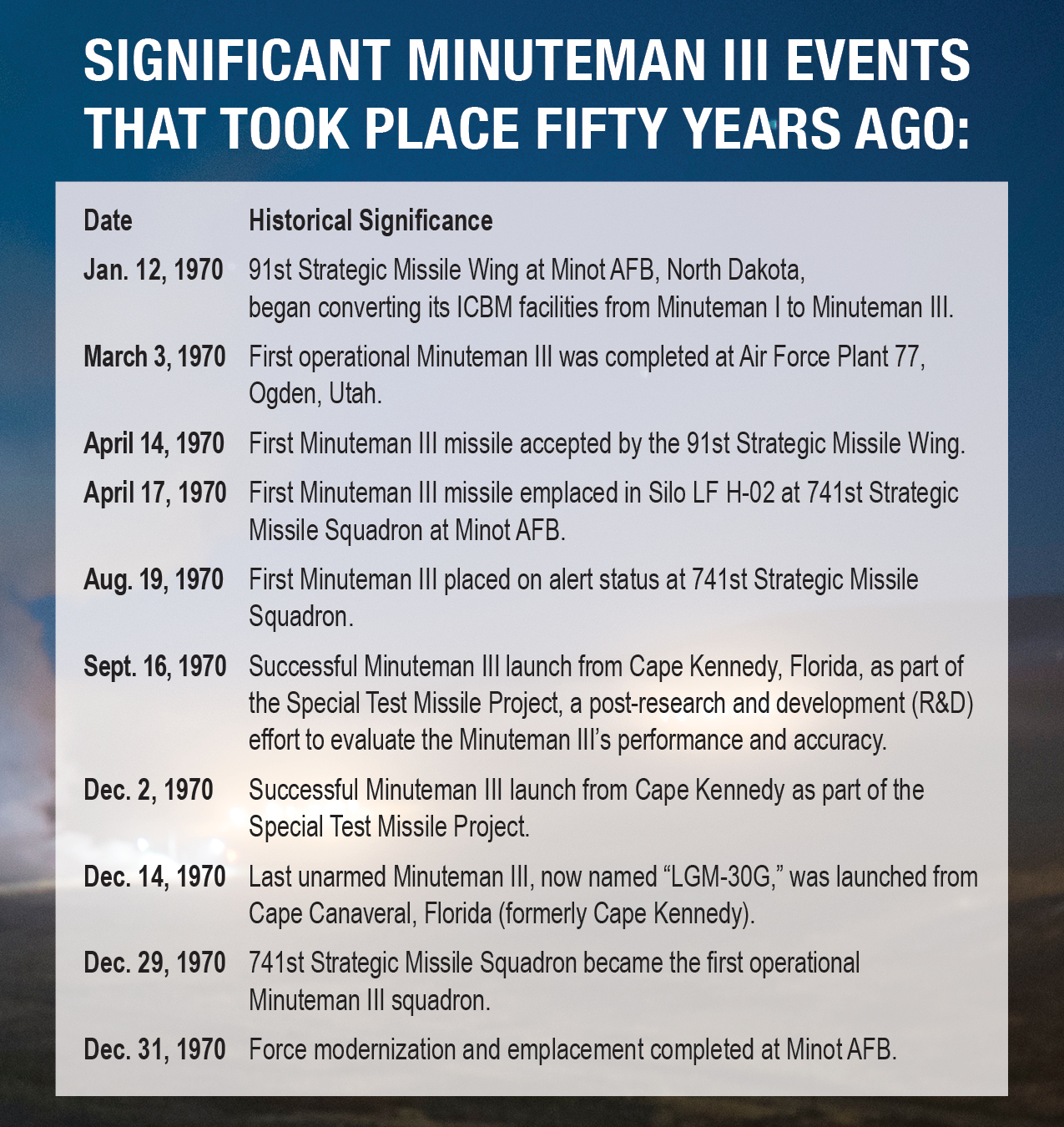 More In In the Minuteman

‘They can come to us’