Frontiercade allows for friendly competition between squadrons. Teams fight to be the best in events ranging from soccer, volleyball and corn hole to potato sack races and a hot dog eating contest.

“It is just a get together,” said Staff Sgt. Ruel Abastas, 90th Force Support Squadron fitness program manager. “Everyone gets to exercise, have fun and be out in the sun.”

The day started with multicolored sweat at the 5k color run and ended with flying buffalo dung at the traditional buffalo chip toss. 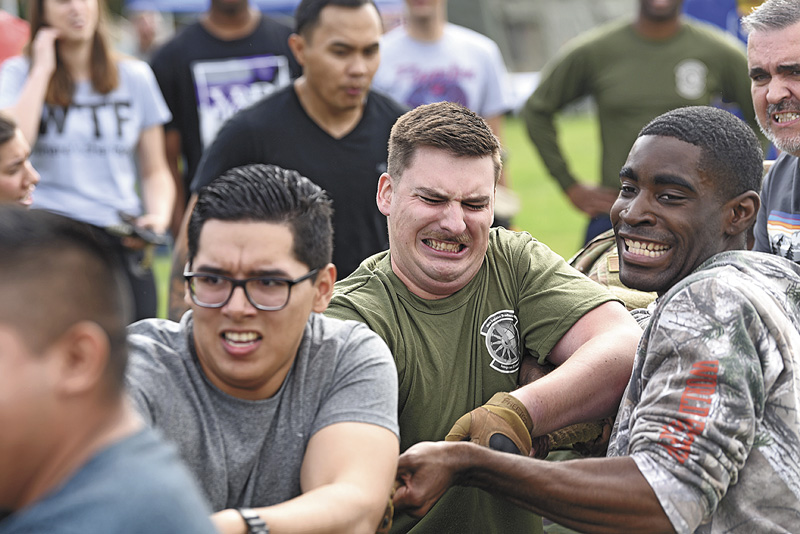 “We put together an air cannon that we built out of scraps,” said 1st Lt. Landon Gardner, 90th Communications Squadron network operations officer in charge. “There was about six or seven machines that people built, including a trebuchet. People got pretty creative and that was good to see.