WY I Serve: Making an impact through volunteering

Castle has loved rodeos ever since he was little. Coming from a military family, he didn’t have the opportunity to grow up around it. His dad is also a big fan, so would load him and his siblings up and head to the rodeo any chance they got. Fast forward many years, and multiple different duty stations, Castle and his family end up in Cheyenne. It was then that he was asked by a friend if he’d be interested in volunteering for the big show.

“A buddy of mine, who I’ve known for a long time, talked to me and invited me out,” Castle says. “I did a couple of days in 2009, became interested and he signed me up. I’ve been there ever since.”

For 125 years, Cheyenne has played host to CFD, bringing in over half a million people from all over the world each year to enjoy the western way of life. It is an opportunity to step into the Cowboy culture and connect with the western heritage. Centered in that culture is the rodeo. For 10 straight days, cowboys and cowgirls compete in one of the largest outdoor rodeos in the world, and it’s ran entirely by volunteers. Over 2,500 volunteers work year round to make the Daddy of ‘em All happen.

This year marks 12 years Castle has served as a volunteer. Currently he serves on the Public Relations Committee. As a lead, he helps make sure all of the shifts are filled and that other subcommittees have what they need in order to operate. The committee also coordinates and escorts media, as well as lend a hand to other committees if they are short staffed or need additional personal.

It’s hard work. Volunteers sometimes start at 7 a.m. and work until the night show ends. Putting in 12 to 18 hour days is common. But to Castle it’s worth it.

“I think being part of the rodeo, even if it’s just a small piece of it, you get some satisfaction.” Castle continued, “I think the biggest piece for me is the friendships and the camaraderie that we have. I’ve made a lot of lifelong friends through this organization that I probably wouldn’t have had outside of the military.”

Castle’s volunteer efforts have made an impact. He was nominated for Volunteer of the Year in 2018, but ended up deploying soon after. After he came back, he was nominated, selected, and inducted into the Heels class of 2020.

There are 10 different CFD committees that make the show happen. From those committees, individuals can be nominated to become a member of the Heels group, as recognition for years of dedicated service and making an impact on the CFD organization. The Heels were formed back in 1936 for the sole purpose of recognizing volunteers that dedicate their work and are committed to the success and continuation of CFD.

“It’s a pretty high honor. I was extremely humbled to be nominated, let alone selected,” Castle says. “I will continue to work just as hard as I always have. Being a Heel doesn’t relieve me of my duties.” 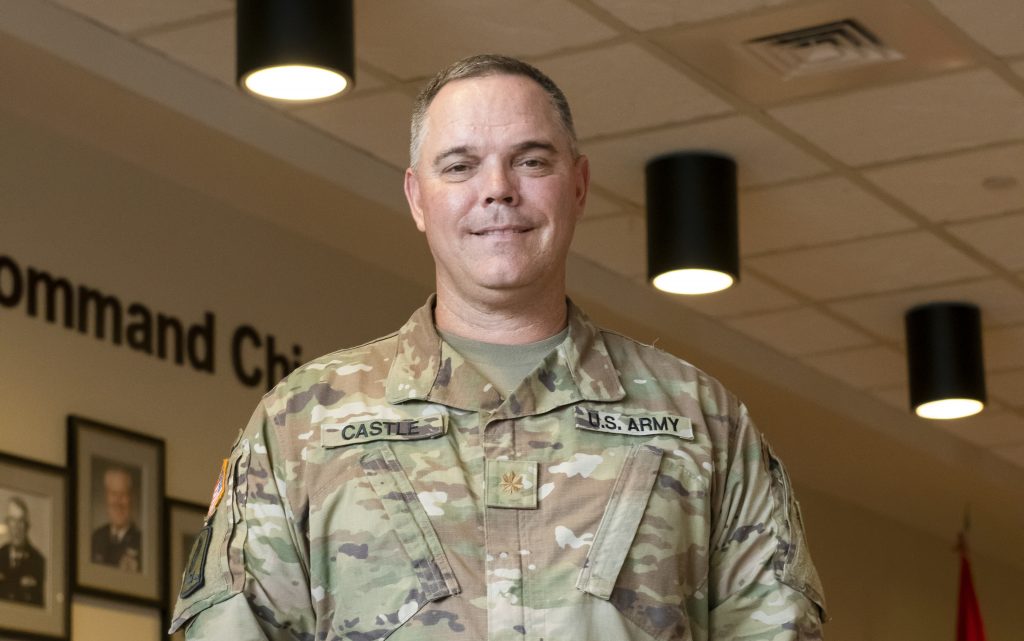 Castle also explained how large the tie to the military is for CFD. The organization goes well out of its way to make sure the military is recognized and incorporates service members as much as possible.

While volunteering at CFD is a tremendous commitment in itself, the sacrifices made while serving are beyond compare. Being gone on deployments, training or schools, you miss out on a lot of important life events. Apart from that, Castle says his 25-year career in the military has been nothing but positive. He’s always had good leaders that have taken him under his wing, and his family has always been taken care of. They’ve found different ways to celebrate those missed events.

Castle plans to continue volunteering at CFD for as long as he is able, and said that even if he moves away, he’ll still find a way to come back. As for his service in the military, and why he continues to do so, he says this, “You learn that in the military there are sacrifices that need to be made. I would argue that I’m the most fortunate person in the world that I have a family who wholeheartedly supports what I do, in every aspect. That’s why I continue to do what I do.”