F.E. WARREN AIR FORCE BASE – As 1st Lt. Tenaugrie “Ten” Malone, 321 Missile Squadron assistant flight commander visits the F.E. Warren base museum, Apr. 26, and walks among the artifacts and history of the 90th Missile Wing; she shares the story behind her significant impact to the history of the 321 MS, and what led to her being awarded the Air Force Global Strike Command NAACP Roy Wilkins Renowned Service Award. 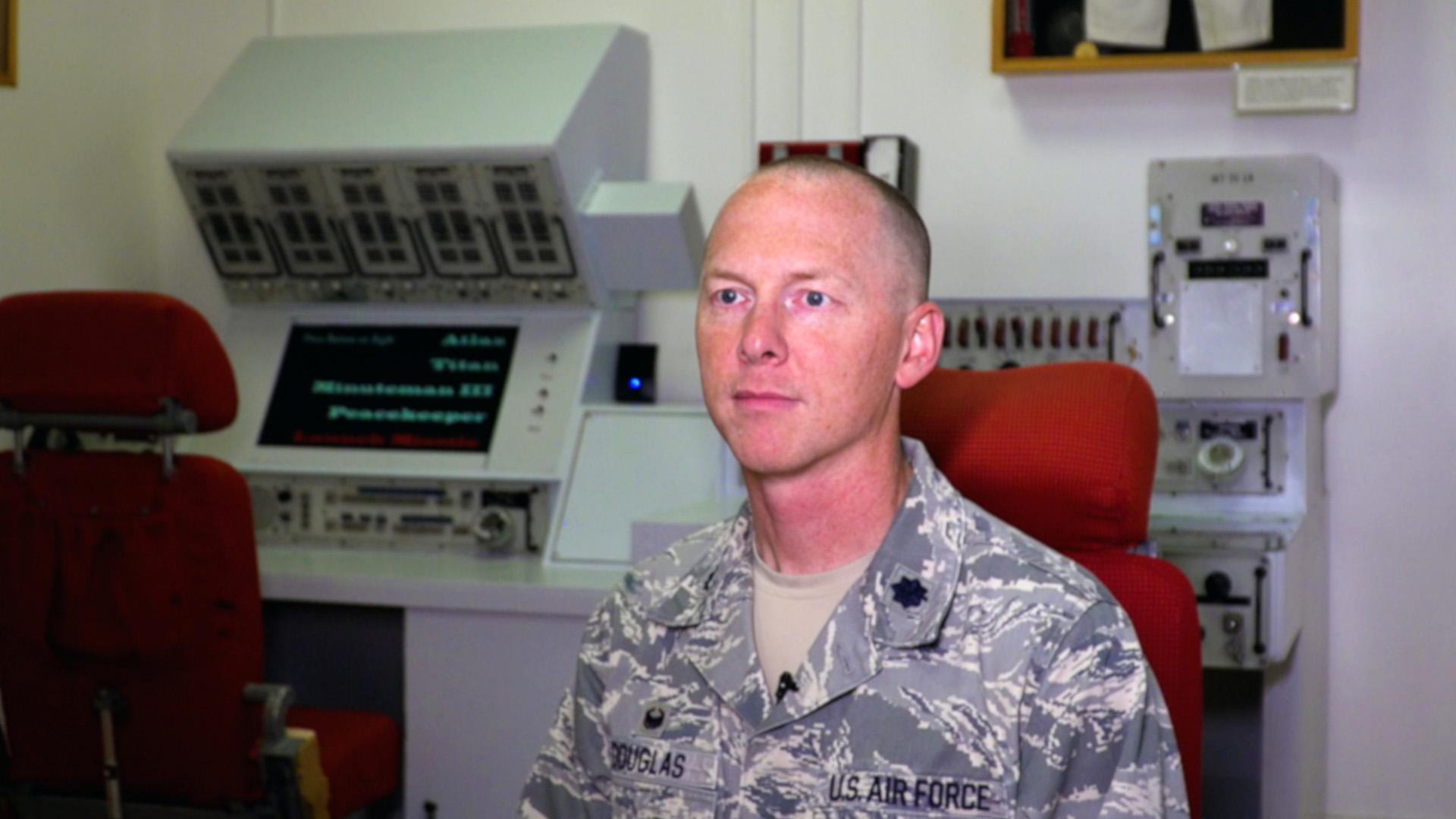 Lt. Col Joel Doulas, 321 MS commander explained that the 321 MS routinely participates in Code Change, which is the largest peace time operation throughout the year, and historically was accomplished with multiple two-person missileer crews of the same gender.

This presented a three-fold problem.

“Problem one, a third of the 321 MS crew force members are women; problem number two, when asked why there were pure gender crews for code change when there are mixed gender crews day-to-day, the answer someone told Malone was ‘That’s the way we’ve always done it,’” Douglas shared.  “Problem number three and the most important, is that it excluded about half of the women from being able to participate in code change.”

This trifecta led Malone to take action through speaking up.

“My commander approached me about it and I am really grateful that he was so open-minded and willing to open up his perspective on an issue that maybe he wasn’t tracking.”

After a lengthy discussion Douglas empowered Malone to lead the effort in correcting the problem and providing an equal opportunity to everyone in the squadron for the code change mission.

Disrupting the system for positive change was not going to be an easy task and Malone’s idea spread to the 90th Missile Maintenance Squadron. Concerns such as sleeping arrangements in the missile field, gender bathroom usage and organization of men and women missileer crews for the week-long operation had to be addressed. 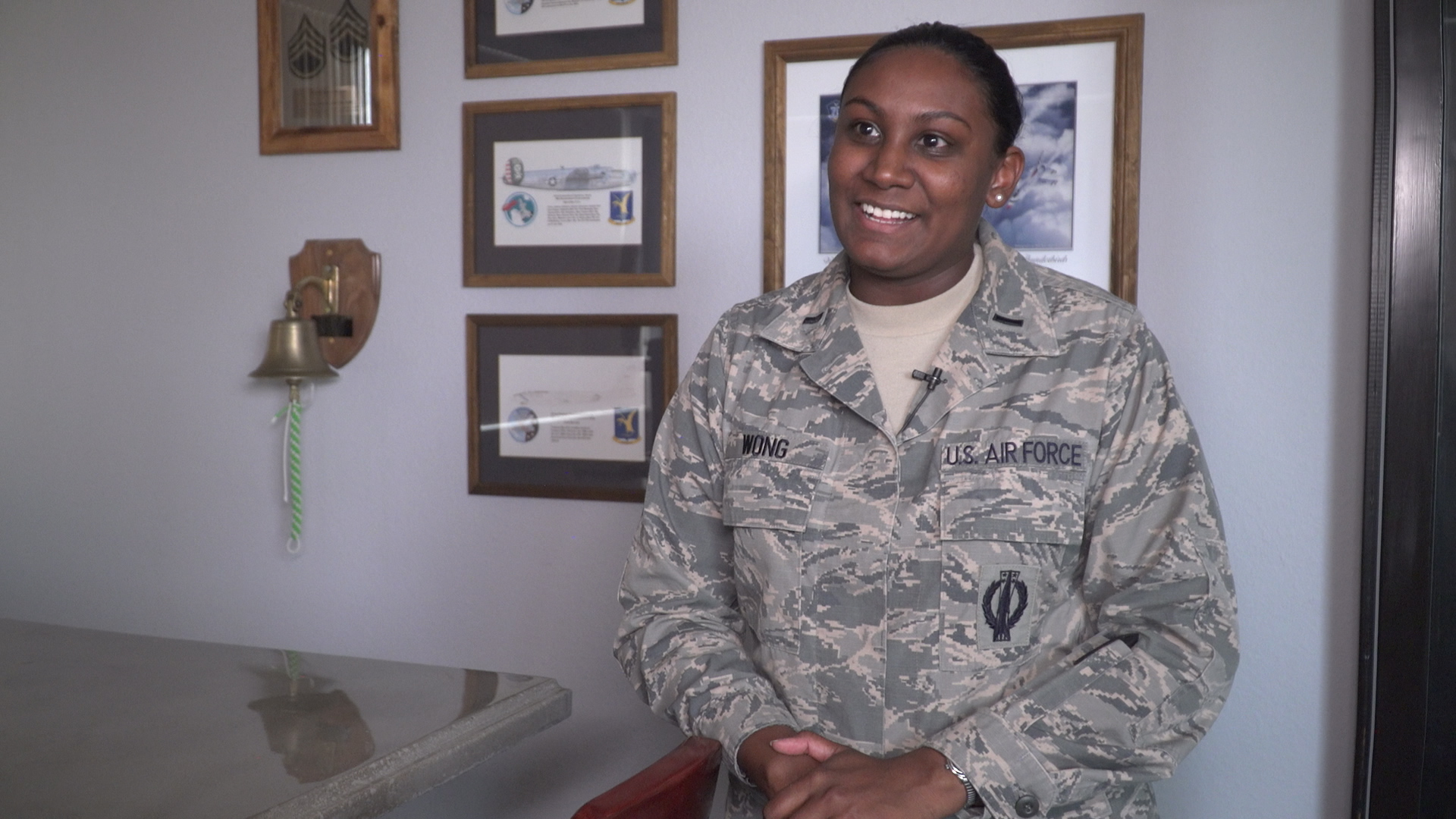 “I feel proud it was something that we actually got accomplished because it took many steps to make sure the plan was feasible,” said Wong.

Wong shared that Malone often came home and talked about the next steps she had to plan or matter she had to work out in order to present a solid course of action to their commander.

She persevered and led the successful implementation of the changes needed for mixed gender crews to become a reality during the 321 MS code change operations.

The mixed gender crews for code change are thought to be just one example of Malone’s professionalism, inclusive leadership and willingness to speak up for others. As the vice president of the company grade officer’s council, she has had an impact wing and base wide.

“The moment she got here, she has incorporated different people’s ideas and promoted those individuals,” said Capt. Melinda Kerr, F.E. Warren Company Grade Officer’s Council president. “The ability to provide an equal opportunity to all individuals is really something she’s shown without even trying. Honestly it’s just part of who she is.”

Malone is referred to as Ten as a nickname, but for Kerr it also refers to her “tenacious” attitude and ability to see important issues resolved for the betterment of others.

“She is a high performer, she’s not bashful and she’s willing to give me and the rest of the Air Force her opinion,” said Douglas. “In my opinion we should hold to people with diverse backgrounds that will identify better ways to do things because the Air Force needs to evolve and improve our mission effectiveness and we will only do that with alternate perspectives.”

As a student at Howard University Malone interned for the national chapter in the NAACP and receiving this award holds a special place in her heart.

“To be able to be recognized for my efforts in service, promoting diversity and equality in the military, has really meant a lot me,” said Malone. “I have been able to merge two aspects of my identity.”

Gen. Charles Q. Brown nominated to be next Air Force Chief of Staff

A message from Warren’s Wing Commander